Football is a popular sport in Austria, second only to alpine skiing… celebrity status awaits. 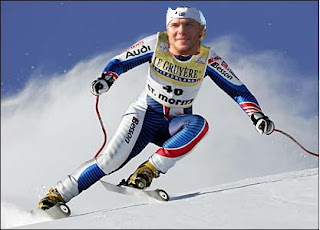 For those of you just joining, I am going to play professional football in Europe (now try to keep up). International travel is totally beyond me. My last flight out of the country (Canada doesn’t count) was to Mexico, on which I was sandwiched between two chatty Swedes. A newly wed couple who had claimed the aisle and window seats for themselves and proceeded to have a conversation with me in the middle, totally invading my personal space.
When I asked them if they wanted to trade seats, they laughed at the ridiculousness of that notion. Like I had two heads.
“What? and lose the opportunity to annoy you this entire flight? Not a chance. You stay right there and let me talk across you, at a distance where you can taste my hot-Swedish-breath”
That was New York to Mexico.
This is Rochester to Chicago. Chicago to London. London to Vienna. Vienna to Klagenfurt.

That’s right, I’m going to Klagenfurt. I will be playing for a team called the Carinthian Black Lions. Think of it like this, Austria is the country, Carinthia is the state and Klagenfurt is the city. (New York Jets: USA the country, New York the state, East Rutherford the city).

The home page of the Black Lions is HERE. Good luck reading it, it’s all in German. I don’t speak a word of German. So lets break this down:
I am going to:
1. A country I’ve never been
2. With people I don’t know
3. A language I don’t speak
4. On a trip that will take 30 hours to complete.
What’s not to love?

I will be doing video blogs, and taking pictures of the entire experience. So check back often for updates on that and whatever else moves me.

I know I haven’t done this in a while but…
SOME FINAL THOUGHTS (on AUSTRIA):
Just like when I worked at the bar, I used to watch 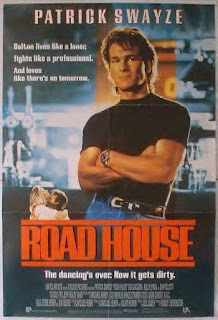 ROADHOUSE to get all jacked up for the occasion. I plan on watching every Arnold Schwarzenegger film, to get jacked up for the Austria-Experience
Before adopting the Euro in 2002 Austria had maintained use of the Austrian schilling from 1939… in case you have any extra schillings laying around.

Optional kindergarten education is provided for all children between the ages of three and six years… in case you need to brush up.