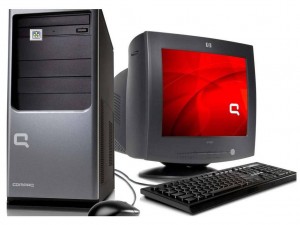 The weekend recap was originally going to be about the NFL’s free agent frenzy. But ESPN, as well as every other media outlet, have beaten the coverage well past death. So instead of regurgitating the winners (Eagles, Patriots) and losers (Jets, not because of their lack of action, but because I hate them), I am going to use the weekend recap to do what I do best.

Hopefully you enjoy a Ranting edition of the Weekend Recap.

The first experience I had with the rapidly advancing technology of the 90’s, was sitting on the second floor of my parent’s house in front of a Compaq desktop. To all you kids out there, that’s an archaic type of computer.

The endless stream of free AOL trials that arrived in the mail were bringing me in contact with people across the country courtesy of the crackling and beeping of a dial up connection. As a teenager I used this breakthrough to broaden my social and intellectual horizons by shifting from chat room to chat room trying to find young girls who were bold enough to engage in some sexually suggestive banter. I would type with all the fervor that one hand and a slow internet connection would allow, for hours at a time. While I am sure that all the girls with long blonde hair and perfect measurements were completely forthcoming about their appearances, I admit it was less about the chest size or weight of the person on the other end as it was about the freedom to say whatever you wanted without fear of retribution.

I would gradually learn that the internet served a multitude of purposes, though I doubt I will have a similar emotional connection with any of them. It is like your first girlfriend, though you may date smarter, prettier, or more sexually proficient women in your life, the first one will always hold a place in your subconscious.

Much like the first computer my family owned, my first mobile phone would be nearly unrecognizable today next to an IPhone, or a Blackberry, which they seem to hand out when you buy a tie. It was the size of a football, and attached to the middle console of my black jeep Cherokee. My parents felt that since I had to drive an hour to and from school every day, the phone was a good investment. It was only to be used in the event of emergencies.

At first I did my best to abide by my parents mandate, however as the definition of anything for a young man is broad and open for interpretation, so too became my excuses for using the phone. They were still just that, excuses. They were not necessities. Had I not had the mobile phone screwed into the maroon interior, I would have certainly not missed it.

As I unlock my Iphone for the fifteenth time in the last hour, I realize that despite all these advances in technology, we’ve lost something that we never even knew we enjoyed, until it had micro-processed itself away.

I enjoy many of the innovations that my young life has seen come to pass. I would be lying if I claimed to not enjoy watching the Super Bowl on a sixty inch high definition television, and my Iphone is a really fun toy that occasionally makes phone calls.  But the problem with nearly ever ‘improvement’ that Apple, Microsoft, or Sony has shoved down our throats over the last twenty years, has been made abundantly clear to me over the last few months.

Sarcasm, context, hidden innuendos are often misunderstood or lost altogether in between the keystrokes. I realized that in a world of relationships built on faceless communication, we had been systematically programmed to avoid human contact in our day to day lives.

We text instead of picking up a phone and calling someone, we email or instant message so we can avoid meeting someone for a drink, we shop online, pay our bills online, we even order movies from home to avoid the arduous chore of visiting the local Blockbuster (this is why there are only 3 Blockbuster stores left in the US). Old fashioned rituals such as trying to meet a suitable companion by sheer unforeseeable coincidence have been slain by the ease of internet dating and matchmaking sites. Catching up with old friends has been reduced to checking their Facebook pages. 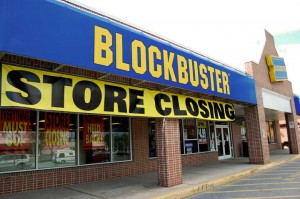 I challenge you to look at the nature of all of your relationships, whether they be friends, boyfriends, girlfriends, brothers, sisters, even your parents text you instead of calling sometimes. Except for my dad, who couldn’t send a text message if forced at gun point.

If left to fend for yourself in these matters of heart and home, without the arsenal of technology at your disposal, how would you do? If a simple house line and a slow dial up connection took the place of the cell phone, Blackberry, and high speed internet we all have come to rely on, and you were forced to once again look people in the eye, if lying was not as simple as typing a few letters, if emotions had to be felt and not emailed, would you sink or swim?

I think that the answer has been painfully clear to most of us for a while, and there are no water wings in real life.

It is time to learn to talk to people again. In order to accomplish this I am going to attempt to put a little space between me and my cell phone. Like most people my age I do not have a land line, so completely abandoning my Iphone is unrealistic. It is the only way that any one has to get in touch with me, so in a way it would be selfish to toss it in the Hudson. My mom should not have to suffer a heart attack because she thinks I am dead when I don’t return her phone calls, just so I can prove a point to myself.

If this seems like an exaggeration, you have not met my mother.

Nonetheless, I’m tired of having a scratched and chipped piece of plastic controlling my day. I figured out that I probably waste three hours of my day checking my phone, or some form of online community. Three hours just opening and closing a phone or a browser window, hoping each time that someone will have texted, or that I will a message earth shattering enough to justify the time I have wasted.

We have all become entries on a contact list, and two dimensional pages in an online community. You could now go every day of your life without being forced to make a sincere human connection, without ever risking anything, and keeping everything as a faceless, arms length distraction.

These, and not cell phones, Laptops, DVDs, Blackberrys, Twitter, Facebook, or high def televisions, are the defining developments of my generation.