Volvo’s Biggest Fan of the Big East competition is back this week with a great blog challenge question.

What are your favorite places to watch your team when you can’t be at the game?

I fortunately have the luxury of residing in the great town of West Hartford, some 36 miles from The University of Connecticut, therefore UConn’s home games are always on SNY (SportsNet New York) and I’m able to watch each and every game from the luxury of my man cave. However I’m really not that boring, so I try to get to as many home games as I can watch in person. When I don’t have a ticket, and don’t feel like yelling at my TV alone, I venture out to surrounding taverns where the beer flows and Husky fans are welcomed with open arms. 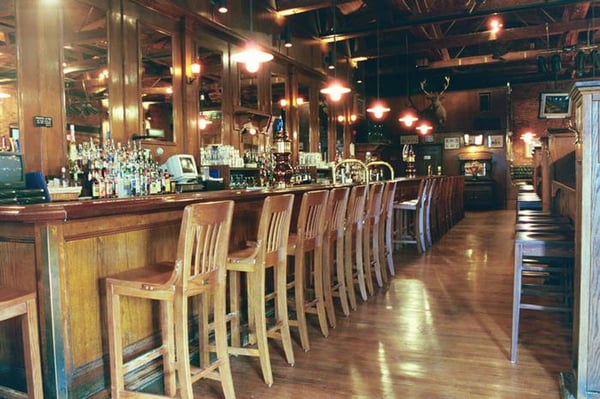 One of my best memories was watching UConn’s magical run in last year’s Big East Tournament where the Huskies won 5 (count em’) FIVE games in FIVE days. The Huskies first beat DePaul on Tuesday, and somehow snuck by Georgetown Wednesday before I started legitimately thinking we had a shot with momentum in our favor. The next game during the Big East Championship week, the Huskies were due to play the highly talented Pitt Panthers in an afternoon battle at Madison Square Garden. I took a couple hours off work and walked on over to The Arch Street Tavern, which conveniently sits across from my office. I found my seat at the bar, ordered a Reuben sandwich and it was on. A back and forth battle throughout, the normally quiet Thursday lunchtime customers grew louder as the score became closer and final minutes turned into final seconds. Then it was time. With just a few seconds left on the game clock and all of Arch Street Tavern watching, Kemba Walker took control into his own hands and put Gary”Brittney Griner” McGhee on the ground with a step-back buzzer beater. 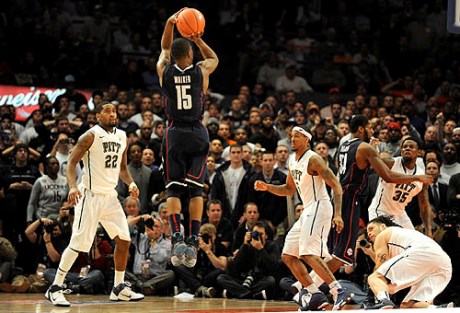 The Tavern erupted into complete mayhem. We shook hands, high fived (yes people still high five), and even found myself hugging complete strangers. It was that game where I started to truly believe UConn could be special in March. I liked my game watching experience so much that I’ve been back twice for UConn games already this season. 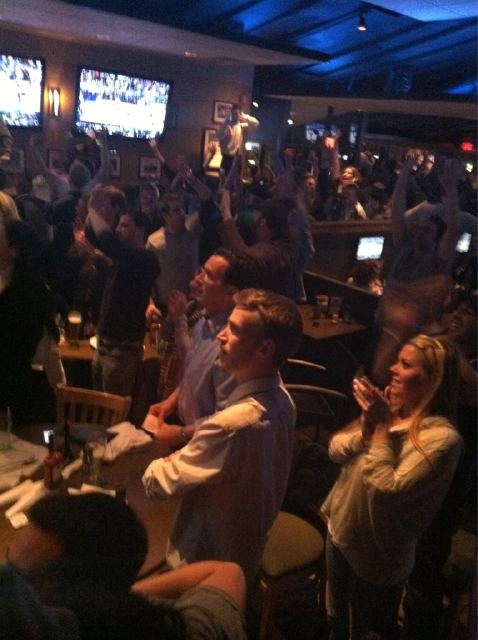 The guy with the glasses is CT's Governor Dan Malloy

Another place I frequent is Damon’s Tavern which is a quick drive from my apartment in town. It’s a high quality sports bar and the best part is seeing the massive UConn banner when you walk inside. It’s also awesome for watching football games on Sundays but during March Madness, it turned into THE SPOT for UConn games. If you didn’t show up at least 2 hours before tip-off, you had to stand throughout the game.

We went to each NCAA Tournament UConn game and the energy inside was the best. Everyone was decked out in UConn gear and multiple fans led the infamous U-C-O-N-N UCONN! UCONN! UCONN! chant(almost TOO much). We watched each game their all the way to the end, where UConn earned its THIRD National Championship led by Kemba Walker and co. If you’re ever in the Hartford area, I highly recommend these spots for watching sports. I promise you won’t leave unsatisfied.

Please remember to vote for me as Volvo’s Biggest Fan of the Big East Competition on the Big East website.Thank you!