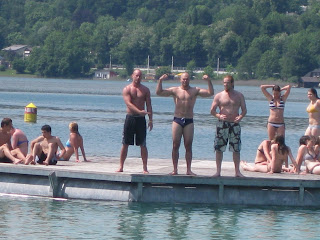 While I have been over here, I have experienced many different things. No free refills at McDonalds–that’s fine, I could stand to lose a few. I learned what it means to really drink beer, also fine. I have been fortunate to have great teammates who are willing to show an “ignorant” American around their beautiful country. That being said, there was one thing that had been evading me. That’s right, the “banana hammock.” A staple of European swimwear, “Der Bader-Hosen”, a glorified tube sock gleaming in the summer sun. So when I went into the grocery store and saw that there was an incredibly reasonably priced (3 Euro) bader hosen in the clearance aisle, I jumped all over it. Of course, my girlfriend, sister, and teammates were all there to document the entire process, which then raised another point: should I ever have to get a “real job” will these pictures make me completely unemployable? The answer? A resounding “Yes!”
I can see it now, “Mr. Lunn, impressive resume. I have never met anyone who could speak fluent Danish and also won the Nobel Prize, yet we have…these (slides pictures across table). I’m sorry Mr. Lunn, you’re just not “Burger King Material.”

I’m not sure whether or not to give the following a “NSFW” tag….but you can be the judge. 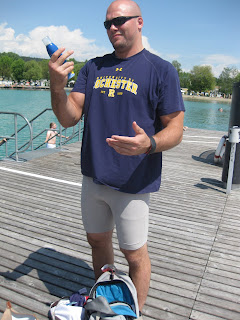 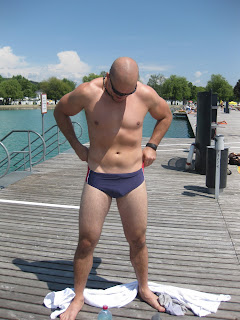 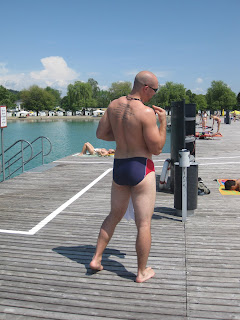 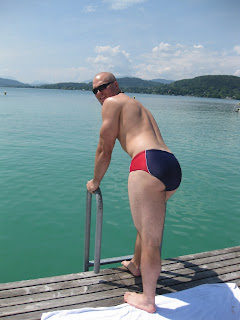 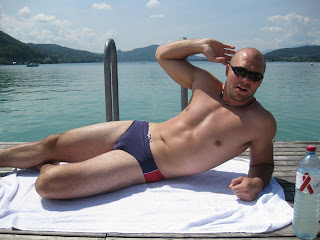 Leave a Reply to Walk On Boy Cancel reply