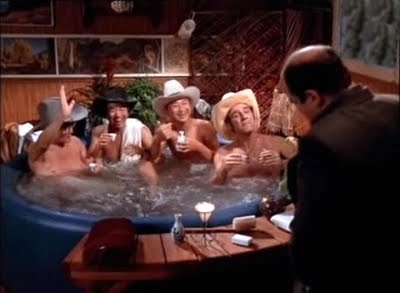 “You’ve, uh, you’ve been living in America too long. You’ve forgotten what it’s like to have no oranges.”

The last few weeks have been pretty tough for Boston Sports. In honor of  finally remembering what it is like to have oranges again, I present the Weekend Recap: Super Terrific Happy Hour Edition.

The media was all over the Red Sox when they were Bad News Bears-ing to a 2-9 start. Every edition of Sportscenter, Baseball Tonight, and every sports talk radio program in the Northeast was praying on the insecurities of New Englanders by posing apocalyptic questions about the baseball season. And we bought into it. 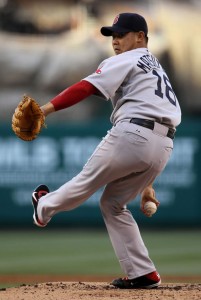 Not because we believed the season was already a washed up child TV star (aka lost cause), but because New Englanders believe that the best way to prepare for an emergency is to keep as much panic and self doubt stocked up in the cabinets as possible. We present a negative front in order to make it that much easier when we are let down.

If you check back, when I have mentioned the Red Sox, which hasn’t been often, I bitched and moaned, but never quite jumped off the bridge.

Now that we have gone 8-2 in our last 10 games, including 5 in a row, I’m happy to say that I had been living in the moment as a baseball fan. As I said, still complaining, but in a regular baseball fan way. My never ending supply of faith after 2004 is still intact and I even managed to avoid saying that our season, and all of our off season spending, were for naught and we were destined for the bottom of the AL East.

Maybe the New Englanders Anonymous meetings are starting to pay off.

Now if we could just find some steroids for Carl Crawford.

In a land with no oranges, good guys finish in tears on the bench.

I wanted to give Brandon Roy a hug on Saturday. The poor guy has had his knees shredded, seen his playing time cut (somehow the Blazers always seem to thrive when their best players are hurt), and even broke down publically about his diminished role.

But through all that, the man stood tall. He apologized to his team for being a distraction and promised it wouldn’t happen again.

Not only did he make good on that promise, but he had one of the best 4th quarter playoff performances in history.

The Blazers, down by a million points late in the 3rd quarter fought back and beat the Dallas Mavericks. Roy wasn’t on the bench watching, he was leading the charge. He was once again his team’s best player and once again leading by example.

Good for you Brandon Roy. You earned everyone’s respect, and more importantly, I think you earned back some of your own.

And good for you Dallas. You earned your reputation of always choking in the playoffs.

In the land where there are no oranges there is also no playoff hockey.

If you haven’t gotten on board yet, do so immediately.

Playoff hockey is like a high stakes game of Jenga, played on ice. The action is nerve shattering in the best possible way. Trust me, it took me a while to fall in line, but now that I have, my scraggily beard has a purpose and I can actually find Versus on my cable box. 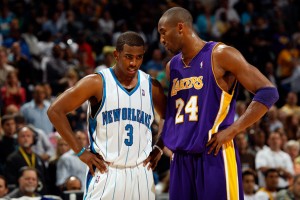 Did anyone see Chris Paul bitch slapping Kobe last night? Ok, so it was more of a metaphorical bitch slap but hell-a entertaining nonetheless.

In a land with no oranges Kobe Bryant wins another NBA Title.

After Kobe and the Lakers took control of the series in game 3, it seemed like the Hornets were donezo. But last night Paul carried his team to victory last night in a must win game against Bryant’s Lakers. He got bloodied. He got back up and barked in Kobe’s grill. Then he started destroying people.

Crossing over a helpless Andrew Bynum, when they switched on pick and rolls, before knocking down fade-away jumpers. Making his teammates, who are among the weakest in the playoffs (ignoring the 76ers and Pacers), look like capable NBA players with his precision passing. And as the shortest guy on the court he totaled as many rebounds as Bynum and Pudding Soft Pau Gasol.

Paul even said he would hit his mama if she was out there on the court against him.

The only thing better than Paul’s performance?

In a land with no oranges the Heatles sweep their way into the second round.

The aforementioned 99 cent menu roster of the 76ers, apologies to Jrue Holiday who is definitely the five piece chicken nugget of the group, pushed Miami to a game five on Sunday.

Philadelphia was down 4 with a minute to go.  They fought back with some clutch three point shooting by Holliday, and some guy I had never heard of before. This is great news because no one wants the Heat to win, and the longer their opening round series goes, the more likely they are to get worn down as the long grind of the playoffs continues.

Plus as a Celtics fan, there is no bigger orange than being able to rest while your second round opponent has to keep playing.

Speaking of the Celtics, in a land with no oranges we trade away our starting center and drift aimlessly through the last few weeks of the regular season, causing us to question whether we can even survive the first round.

After completing a sweep of the New York Knicks, the Celtics looked reenergized. Maybe this team needs the playoffs in order to care. It is not a mentality that I condone, but with such veteran leadership, perhaps they have learned how to turn it off and then dial it back up again.

Every game featured a different player leading the way and most importantly, Rajon Rondo remembered that he can destroy almost every point guard in the league. Especially ones named Toney Douglas. He is the key to the Celtics making a run at their 18th banner, and he seems to have learned from Pierce, Allen, and Garnett how to elevate his game when it matters.

Chicago and Miami have to keep playing and we can use the extra time off to get players, like Shaquille O’Neal, back for round two.

On second thought, now that I’m back living in a land of oranges, and no longer sleeping in a chest of drawers, I don’t want to be relying on Shaq for winning anything, except maybe a pie eating contest. 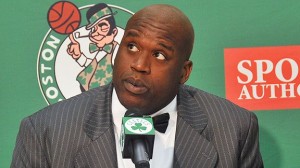