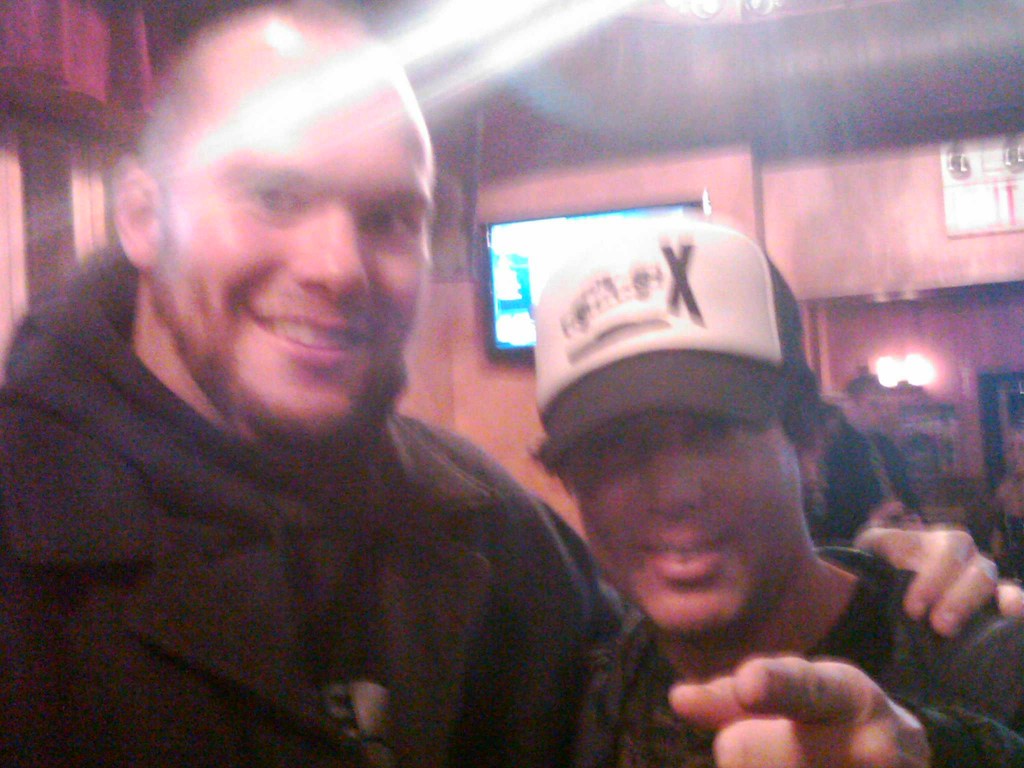 In a twist of fate, after receiving a couple hundred emails on Tom Cruise filming on the top of the Copley Parking Garage, I was a man at ease.  My blogging job was done.  Just when I didn’t think it could get any better, like Ali in his prime, somehow even more fortune found me.  While working the door at The Place last night, a couple of left coaster’s came in.  Marked by their rugged good looks and affinity for making the “I don’t care look” really work.  Men that were completely comfortable in their own skin.  Anyway, they rolled up on mountain bikes, someone remarking “There goes a guy making 250k a year, on a bike”  It didn’t register at the time, until the booze set in and our friends from Cali started talking.  After a quick exchange I got the break of my blogging career, these young gentleman were, in fact, working on the movie “Wichita” and, this guy happened to be Tom Cruise’s stunt double.  Those videos you saw yesterday of “Tom Cruise” whipping his vehicle and fishtailing into oblivion.  It was this guy.  I should have known, what with Surri and the Cult Church of Scientology in his trust, he wouldn’t be driving in such a reckless manner.  But you know who would? His stunt double.  Who, by the way, was one of the coolest, most outgoing people I’ve encountered working at bars here in Boston.

Last night was a star studded event over on Broad St.  Our guest list included not only stunt doubles and fight coordinators, but also Big Baby (broken thumb and all) and a few of the Red Sox.