For those of you unfamiliar with Jay, The guy was like 80% on NFL Bets this year.  Which is why I’m celebrating by eating steak, everyday, for the entire month of January.here was his intro post from last week. 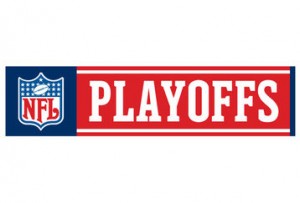 This was by far the most exciting game of the weekend. Just take a look at some of the offense numbers in this game: 62 first downs, 1,024 yards of total offense and 96 points. This was such an exciting game to watch. Arizona came out quick, taking a 17-0 lead into the second quarter. Give credit to the Green Bay offense as they just kept plugging away to keep themselves in the game. They scored 21 points in the fourth quarter to force overtime but not before Arizona kicker Neil Rackers had a chance to win the game with only seconds remaining on the clock. His kicked hooked way left giving the Packers life. With no defense being played on either side of the ball in regulation, go figure that in overtime the game ended with a sack and fumble return for touchdown by Karlos Dansby. To be honest, at times it seemed like a 7 on 7 drill or that maybe the defenses were only playing with 9 guys on the field. The star of the show was Kurt Warner. He was 29 of 33 for 379 yards and 5 TDs. He had more TD passes than incompletion. With all of the talk this week about this being Warner’s last game, he went out and put on a show. After that performance I hope that he decides to come back because he is an absolute treat to watch. His counterpart wasn’t too shabby either. Aaron Rodgers threw for 422 yards (a Green Bay playoff record) and 4 TDs. These are the games that I love to watch. A straight shoot-out with great plays being made all over the field.

The Jets run game keyed the victory over the Bengals. Rookie running back Shonn Greene had a great game, rushing for 135 yards on 21 carries and a TD. The Jets totaled 171 yards on the ground and two scores. Rookie QB Mark Sanchez also played very well. He didn’t turn the ball over and was 12 for 15 passing.  I think a lot of credit must be given to Jets Offensive coordinator, Brian Schottenheimer. Time and time again he put Sanchez in great positions to make plays and to his credit, he did. Sanchez didn’t try to force anything but then again he didn’t have to.  As far as the Jets defense, look no further than Darrelle Revis. For the second straight week he shut down Chad Ochocinco, holding him to only 2 meaningless catches for 28 yards. Revis had 3 tackles, 1 pass deflection and 1 pick. He should be named Defensive Player of the Year later this week.  The Bengals offensive looked really out of sync.  They really couldn’t get anything going. Cedric Benson had a nice day running the ball as he went for 169 yards and a TD. The Bengals were hurt twice by Shayne Graham as he missed two field goals.  Both were less than 40 yards, one being a 28 yarder with 3:49 left in the game that sealed the victory for the Jets. The Jets just looked very confident playing on Saturday. Give credit to Rex Ryan for instilling that frame of mind into his players. He said they should be favored and that is how they played. Next up for the Jets is a trip to San Diego to take on the RED HOT Chargers.

Dallas roughs up the Eagles for the second straight week, 34-14

After a scoreless first quarter the Dallas Cowboys offense exploded in the second quarter, putting up 27 points and taking a 20 point lead to halftime. Tony Romo was great again, throwing for 244 yards and 2 TDs. The real star for the Cowboys offense was Felix Jones who ran for 148 yards on 16 carries (9.3 average!) and 1 TD. The Cowboys did a nice job with ball control in the first half, allowing the Eagles to run only 18 plays and 140 yards. (76 of those yards came on one play. Vick TD pass) The Eagles offense looked awful in the first half. DeSean Jackson was completely shut down by the Dallas secondary. Just watching the game, I felt like Dallas really dominated the line of scrimmage, winning the battles on both the offensive and defensive sides of the ball. The game in general was very sloppy. There were a combined 23 penalties for 228 yards (Dallas had 14 for 112 yards). Dallas had two chances in the first quarter to get field goals but were taken out of FG range because of penalties. Fortunate for them that it didn’t cost them this game but down the road it will. That was the only negative that I could see when watching the game was the amount of penalties. The Eagles offense was really shut down as a whole. They couldn’t get anything going on the ground (56 yards on 13 carries).

A quick start keyed the Baltimore win. The Ravens outscored the Pats 24-0 in the first quarter. With 10:29 on the clock in the first quarter, the Ravens had already taken a 14-0 lead. Less than 5 minutes into the game, the Ravens had completely taken home field advantage away from New England as the crowd sat in silence. On the Ravens first play from scrimmage, Ray Rice took the handoff 83 yards to give them an early lead. On New England’s following possession, Tom Brady was sacked and fumbled. The Ravens recovered and shortly punched in another TD. The Ravens couldn’t have asked for a more perfect situation in Foxboro. Baltimore QB Joe Flacco only attempted 10 passes (He was 4 for 10 for 34 yards and 1 INT). On the ground, the Ravens racked up 234 yards on 52 carries. I don’t think the Ravens could have hoped for this to come out any better. 52!?! rush attempts to only 10 passes (WOW). Terrific Tom Brady was anything but that, as he turned the ball over four times (3 INTs, 1 fumble). The Ravens defense was awesome holding New England to only 196 yards of total offense. As good as the D was, you can’t help to wonder how much of that was due to the absence of Wes Welker. The Patriot offense just lacked flow and the WR’s couldn’t seem to get open. Also, the running game never got going for the Pats. The Pats were handled from the opening play and just weren’t playing with the same fire that the Ravens were.