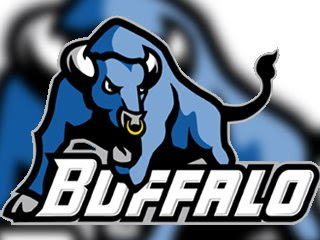 Bowl game preparation is underway. Bittersweet for many reasons (but then again, too few to mention).
But here is an early look at Buffalo:

This isn’t your grandmother’s Buffalo team – Joe D’Ambrosio
Dynamite quote Joe (Dy-no-mite). Actually, he’s right.
Remember those UConn v. Buffalo games of past? (ahh the good ol’ days). Yes, remember back to a time when NCAA 2004 listed Buffalo as our “rivalry” game. We had a good chuckle (I laughed about it again later that night). Rivalry? What are you talkin’ ’bout rivalry? (Practice? what you talkin’ ’bout practice!?)

Those games were blowouts.
But…
(cue music…or just press here:

simply isn’t the case anymore. Last year my good friend on the University of Buffalo team, Chris Callahan, (Big Tom Callahan’s son…) told me that the guys were coming together. He said that they were literally one or two big plays or big moments away from turning the corner. I talked to him briefly this past summer, and he said they were committed to the cause.
Their commitment shows. First bowl game in school history.

OFFENSE:
They have an athletic (and ruthless) offensive line. Guys were offered by UConn and went to Buffalo (sacriligious, I know). They also are numbers guys. I’ve never been one to rely on simple stats, but when you have a couple of 300+lb guys running sub five second 40s. They are doing something right.
Behind the big uglies is Drew Willy (insert Free Willy joke here) who was 19-of-28 passes for 206 yards and three touchdowns against Ball State (Well done, Willy).
When not throwing touchdowns (and enjoying walks on the beach) Drew likes to spend his time handing off to prolific runner (and all around good-guy) James Starks. Starks is hard-nosed and can break tackles (and hearts! Watch out ladies!).

DEFENSE:
Their defense is built around capitalizing on turnovers (Ball State must have missed the memo). In order for us to win this game we will have to minimize our turnovers on offense, and create opportunities on defense.

I would say this to all fans of UConn football (or college football in general) who are thinking of dismissing this game. It was not so long ago that a little team from Storrs made its way to Detroit during the winter of ’04. UConn has turned the corner from “maybe-program” to “Big East title contender.” Take note: Buffalo is NOT far behind.

I can’t find the remote to my TV. It’s driving me nuts. Imagine having to get up and change the channel every time I want to watch something new. I’m practically living Amish. 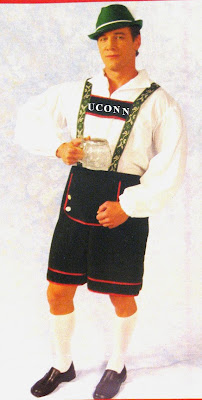 FWG will be doing some writing for NESN and then in March I will be playing overseas in Austria. I’ve already ordered my lederhosen and brushed up on my “Sound of Music” trivia…you know…to fit in with the locals.