AS PER OUR AGREEMENT, SCOTT LUTRUS IS ALLOWED TO TAKE OVER THE BLOG FOR ONE DAY. HERE IS HIS ENTRY.

As I sit here, currently 3:19am on January 21st, I realized after 2 sleepless hours in my bed what better to do than write my “guest blog appearance” for the FWG. 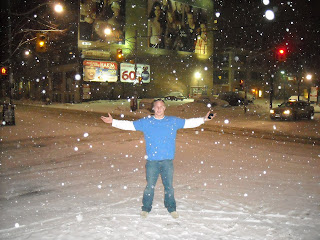 First off, let me get a few things straight before you all expect so much. I am NOT an English major. I do NOT blog for fun. I am NOT omniscient as Rob Lunn portrays himself to be. And…I do NOT possess the wit and humor that he so passionately presents to you every day. I AM Scott Lutrus.

I have been fortunate enough to be granted the opportunity from the FWG to post my own entry on his site. I did not request this in an effort to receive a job offer (but I will consider any proposal) or to bring attention upon myself. For once, I understand how Temple felt throughout the past year and all I want…is a little JUSTICE. Throughout the previous year, I have been asked time and time again if I really sing the UCONN fight song in the shower and where I buy my “Cucumber Soothing Regenerative Wrinkle Inhibiting Night Time Mask.” As I hate to be the bearer of bad news, if you haven’t realized by now, 90% of Rob’s entries are false and that is why I am here to spell the truth and what you may not know about Robert M. Lunn. I am going to hold off on that highly anticipated information while I’d like to get a few random thoughts off my chest.

Yes, it turns out that a man with too much time on his hands and a perky sense of humor can simply earn a job. If only it was that easy to land a career by being fat…white…and a guy. Kudos to you, Rob.

I know that he has harped on this before and most of us have all thought it, but his girlfriend really is WAY out of his league. (Sorry fella, just being honest here) By writing about this, Rob received numerous pity emails that read, “Don’t put yourself down, you’re gorgeous too!” “You’re not a minor league, you’re a pro just like your girlfriend!” and “Will you marry me?” Well Rob, whatever it takes to make yourself feel better.

3…Rob Lunn is NOT Bald

Contrary to popular belief, I have to admit the man is not bald. Of course many jokes can be made about being fat and bald..and it has worked, but it is false. I could simply shave my head with a straight blade every week and begin calling myself hairless but then again, I’m not a liar.

During the past 2 bowl games, Rob has exposed quite a share of information about me, whether it is true or false. The knowledge that I am about to share with you is ALL true.

Believe it or not, in his younger years as a child before his “blogging career” took off, Rob was an actor. With his 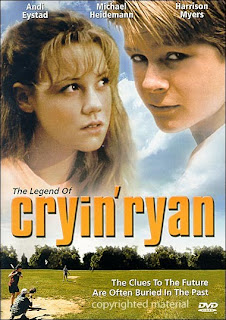 charming grin and picturesque blond hair, he was the national figure for the innovative Kodak Easy Share (usually found at your typical Walmart to develop pictures), commonly found in commercials. At the age of 12, Rob starred in his first movie, The Legend of Cryin’ Ryan, which he played a young boy named Billy. (For you doubters: http://www.imdb.com/name/nm0526763/) With such a successful career at a young age, we all assumed he would continuously mature throughout college. My doubts turned into reality September 22nd, 2007. Which is also the day that we defeated Pittsburgh 34-14 at Heinz field. What occurred the night before was…well let’s just say, childish. As I walked into Rob’s Marriot hotel room on my way to breakfast the morning of the game, I noticed his bed was stripped of all the linens. A few thoughts rambled through my mind, “Maybe he had a nightmare?” “Maybe Cody Brown played a joke on him” or…”Maybe…he…wait, no he couldn’t have.” You guessed it, my last presumption was correct. I looked at Rob and didn’t even have to ask when he looked at me like any 6 year old would after wetting the bed and said in a soft tone, “I had an accident.” I understand that people may get nervous the night before the game and might lose a few hours of sleep because they’re concentrating so hard on the battle upon them, but at this age, the only excuse for soaking your sheets is a night of excessive drinking…and that certainly wasn’t the case. It’s time to grow up, Rob.

Now that I have shared some of the FWG’s secrets, I would like to sincerely thank all of the fans who take the time to support my good friend Rob Lunn by reading this blog and everyone who has taken the time to support our team on and off the field. Hope to see you all in the 2009 season. Signing out..SWG (Slender White Guy).