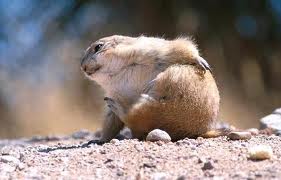 My first thought:  this must be about soccer.

FRESNO, Calif. (KABC) — A Fresno high school student is headed to court this week accused of committing a sex crime against a teammate on a wrestling mat.

At issue is a controversial wrestling move called the butt drag, which some say amounts to sexual assault.

The move calls for one wrestler to grab the other between the buttocks to turn him.

For Ross Rice, the father of the alleged victim, the move went a little too far.

“This kid basically targeted my son, pinned him to the ground and assaulted him,” he said.  Rice said his 15-year-old son was painfully penetrated for at least 30 seconds by his teammate’s fingers during a wrestling drill last year.

Yikes.  This sounds more like the shocker.  Which is one way to show your opponent who’s boss.

When I played varsity basketball, we were always waiting for the wrestling team to finish rolling on their mats.  Then they’d run around on each others backs.  And lay on one another.  Then touch their teammates some more!

Somebody explain what about wrestling is not physical assault.  And mostly, I never knew who scored what points or how, just that there are different ways for males to touch other males.  That’s the only reputation its ever had.

Which is why on my news cruise today, this other headline was WAY more appealing:

What?  No.  If you’re a vampire, you bite people.  Burning = Pyromaniac.   In other news.  I hit a pedestrian last week.  With my car.