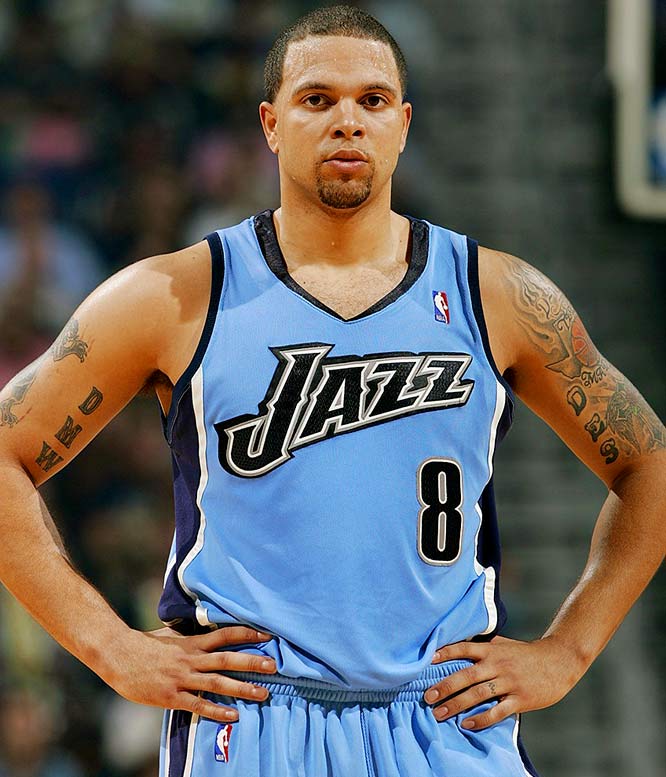 So it comes down to you, Rondo, Rose, Paul, and Westbrook for the title of best point guard today.

First Kidd vacated the title, then Nash. Now it’s comes down to you and those four other guys. You’ll have to forgive me Deron, but due to a lack of respect, I am not going to start with you.

I am going to start with Westbrook.

Would Kevin Durant leave Oklahoma City? Would he give up the chance to have an explosive scorer, who can still get him the ball, running with him? Would he, for one second, consider trading Westbrook’s absurd athletic ability? Or his selective selfish streak?

The answer is no.

Then there’s Rondo. Rondo somehow made a veteran starting five, with three potential hall of famers, defer to him. He has an old school mean streak that makes him a natural leader. Like Isaiah Thomas, only when he was playing basketball though. I’m in no way, shape or form, commenting on, or condoning Isaiah’s personal life.

Want to hear a story Deron? One fine summer day John Stockton seduced Bo Jackson at a petting zoo. Stockton’s short shorts were too much for Bo to know what to do and they ended up making a baby. A freakishly talented, mean spirited, basket ball playing baby. That baby’s name was Rajon Rondo.

Why don’t you ask any of his teammates, the kind of teammates who have championship rings, if they would leave Boston while Rondo was running point.

The answer would be no.

Your former running mate chose Derrick Rose over you Deron. Not only that but Carlos has been just as good if not better since the split. Normally, when you leave an elite point guard, your offense suffers. Since Boozer has been healthy, he has averaged nearly 20 points and over 10 rebounds a game. For a team that has won 35 games.

That’s a few more than you isn’t it?

Boozer, the second best player on your Jazz team, decided to join Derrick Rose. And so did Ronnie Brewer. These men were asked who they wanted to follow.

Chris Paul has everyone in the league wanting him on their team. He has a little of Rondo’s mean streak, a little of Rose’s ability to score, and a charisma that no one else on this list can match. But Paul has been stuck on a team that is in a constant state of transition, while trying to battle back from injuries.

If you gave Paul the same players, the same bad players even, for three years, and I guarantee he can make a winner out of em. He is like Peyton Manning.

You ask everyone in the NBA who they would love to play with, and the answer is Chris Paul. Not you.

Deron, you are an extremely talented basketball player. But you are not, nor will you ever be, the best at your position. You won’t be the fastest. You won’t be the one who scores the most, or racks up the most assists. You will be an afterthought and, I wish that you weren’t the one who chased Jerry Sloan.

But you were, weren’t you?

So what if that’s your legacy Deron? You broke Jerry Sloan.

You may have showed that you were in charge out there in Utah. But you also showed that class, dignity, and integrity have no place running your basketball team.