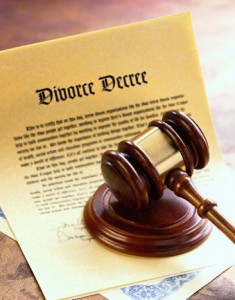 I had been married for years when my wife started announcing to her friends that she intended to divorce me.

We had been through a lot together. I really didn’t expect her to follow through on the threat, which I assumed was just her way of dealing with a big fight. When I refused to cow tail to her stubborn demands, she broke it off in a very public, very contentious fashion. She made a point of telling everyone who would listen how she was going to be just fine, and it was actually me who needed her. According to her, I would come crawling back after realizing I had never had it so good.

Well I haven’t. I’ve stood my ground and kept my pride intact. It hasn’t been easy though. There are lots of things that I missed about the relationship, and moving forward has been virtually impossible. Her father had forced us to sign a pre nuptial agreement in order to protect his vast mayonnaise fortune, and now I have been forced to prove I own things like my favorite books, CDs, even my clothes require receipts to prove that they were not bought with mayo-gotten gains.

Now, the coup de grace. She has announced to the world that I will be accompanying her to her brother’s wedding, a swanky black tie affair at The Plaza in June.

I had been suffering through the divorce but this complete lack of respect has finally opened my eyes. The fact that she is so arrogant that she assumed I will have come back, hat in hand, and apologize is one thing. The fact that it is a foregone conclusion, to the point where she is already making plans for us because she feels so confident we will be back together by the summer, killed any chance for reconciliation.

My soon to be ex-wife is beautiful, rich, and connected enough to get me anything I wanted for the rest of my life. Unfortunately over the last few months I have come to realize that she doesn’t want a partner. She wants a lackey, a whipping boy to take abuse while she smiles behind the scenes. Well it ain’t me babe. No. No. No. It ain’t me babe. It ain’t me you’re looking for.

Realizing that someone I had shared a life with doesn’t value my contributions is a slap in the face.

Realizing that they see me as a spineless entirety that they can walk all over and make plans for, despite their insistence on a divorce, is a giant Mack truck going 100 mph slamming into my face.

None of that is actually true, but if it was I would know how the locked out NFL players feel about their former bosses still announcing their schedule for the 2011 season. 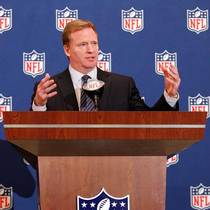