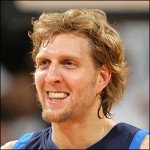 Dirk Nowitzki is trying a radical new method in attempts to heal his ailing digit.

After boarding a late night flight out of Miami, so as not to draw media attention, Nowitzki spent twelve hours on the Bering Sea in Alaska on Wednesday. Under the supervision of seasoned Crab fishermen Sig Hansen and Jonathan Hillstrand, Nowitzki dangled like a crab pot over the frigid water, covered head to toe in an insulated suit. The only part of his 7 foot frame that was exposed was the middle finger on his left hand.

For twelve hours he submerged his torn ligament into the ice cold water for thirty minutes at a time. When not hanging a few feet off the deck, Dirk sat in the warmth of the cabin, rubbing crab semen on the finger. The Alaskans claim the ejaculate has mystical healing powers. 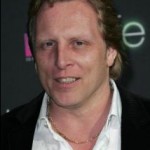 Nowitzki struck up a friendship with Hansen, a rabid basketball fan, a few years ago at a celebrity poker tournament where people said they looked like brothers. The stern Norwegian called Dirk after Game One imploring him to make the trip up to Alaska. At first he was reluctant, but after watching the footage of Lebron dunking all over his team, Nowitzki put in a call to Mark Cuban about borrowing his plane.

It remains to be seen if the unorthodox treatment will pay dividends, but anyone who has even smelled crab semen, or stuck a finger in the Bering Sea, knows that you cannot question Nowitzki’s commitment to winning.