There is no good way to handle a break up.

There are however, some ways that are better than others. It is with that in mind that I present a Jilted Ex edition of the Weekend Recap. 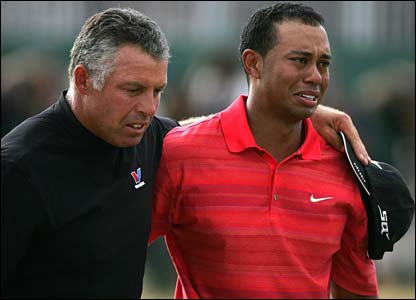 “This is the most satisfying win I’ve ever had, there’s no two ways about it.”

Stevie Williams went a step further when asked about his part in Adam Scott’s win at the Bridgestone, saying “It was the greatest week of my life.”

Williams, the guy who used to caddy for Tiger Woods, hasn’t been shy about blasting his former boss since being fired, according to Williams, over the phone.

If Woods was so callous as to break up with his friend, and the guy who put up with the circus he created, at times even buffering Tiger from it, over the phone, then he deserves to be called out for it.

But the guy who Williams is now a looper for, you know, a caddy, a looper, a jock, Adam Scott was already helping Williams get his revenge by winning a tournament that Tiger was playing in. Tiger had to listen to the crowds chanting Williams’ name, had to see Scott’s atop the leader board, so rubbing salt in the wound, by saying that you just had the greatest week in your life, is the kind of classless behavior that we would expect from, well, a guy like Tiger Woods.

Woods and Williams won a ton of tournaments together. The multiple trips to the winner’s circle should have prepared the caddy to act like he had been there before.

Woods has had a meteoritic fall from grace. The game he once dominated so effortlessly that finishing second in a tournament he played in was considered a victory, has passed him by. His personal life has become fodder for writers, comedians, and other players.

Don’t get me wrong, the guy is a robotic ass hole who I have never liked, no matter how much I enjoyed watching him play golf. 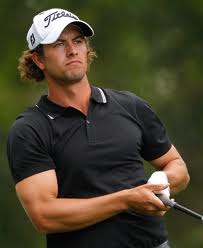 So while I would never feel sorry for Tiger, there is something to be said for handling yourself with class, no matter how tempting it may be to sink to a catty, middle school level. By taking pot shots at Woods, when Scott’s play was saying everything that needed to be said, Williams missed the turn for the high road.

I’m happy for Williams, and more importantly for Adam Scott. You know the guy who has had to put up with all this nonsense, and who actually won the tournament. But after listening to him gloat, I will be forced to lump Stevie Williams in with the guy he is determined to distance himself from.

The longtime Jet signed a one year deal with the Patriots this weekend, prompting Ryan to open a mouth that has never been known to have a shortage of things to say.

“The fact that he chose them … there’s no way I’m going to wish him well. I wish him to be healthy, but I don’t want him to play that well. But he knows. I know the way he is too. He’s going to be revved up, ready to go, and our guys will be too. So it will be fun going against him.”

Ellis was going to see a serious drop in playing time if he stayed with the Jets, who drafted DE/DT Muhammed Wilkerson with their first round pick. Wilkerson has been impressive so far, and will likely be the week one starter.

While it is not surprising to hear that Ryan isn’t thrilled with his former player joining the Jets chief rival, maybe just this once, Ryan could have kept his mouth shut.

First of all Rex, football is a business, and if you don’t want to keep players, they are free to go where they want. I mean, Danny Woodhead wasn’t good enough for the Jets right? Should he have retired instead of taking a job offer with the Patriots, out of some misguided loyalty to the organization?

Second, if Ellis wants to get more playing time, and you aren’t giving it to him, what would you have him do? Would you stay on a team as an assistant coach if someone else offered you a head coaching job? Oh wait, that’s right, you bolted Baltimore to take the job you have now didn’t you? Last time I checked the Jets and Ravens were both in the AFC. 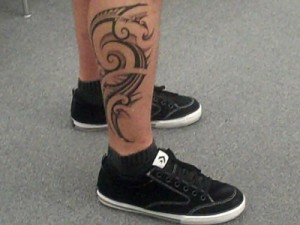 Third, what did you expect to happen if you cast off a twelve year veteran? The Patriots are where veteran players go to die. I know it. You know it. How could you expect Shaun Ellis not to know it?

I think Ryan is a great football mind, but he hasn’t won shit as a head coach. Getting to two AFC Championship games in a row is impressive, but every year his fat ass isn’t guaranteeing AFC Championship appearances. It’s guaranteeing Super Bowls. Until it delivers, maybe it should take a vow of silence, or join the Buffalo Bills.

By the way, Rex, there’s a sixteen year old meth addict in New Mexico that wants his tattoo and sneakers back.