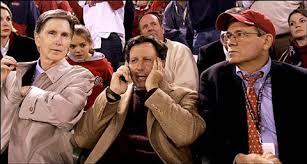 All of the bitter, vapid, aesthetically enhanced women populating Atlanta, Orange County, New Jersey, or the home of a NBA player, could take a serious lesson from Red Sox ownership.  Henry, Lucchino and Co, who have recently stepped up the game of back stabbing and gossiping like they were Floyd ‘Money’ Mayweather, would make any of those women afraid to step foot in The Bean.

Except Tami from Basketball Wives.  That bitch is crazy.

The Sox Brass is firing shots at everyone like it was the end of Scarface, using inflammatory rumors as bullets.  The only difference is, they are shooting their own men in the back as they make their way quietly and respectfully towards the door.

Had Francona blasted the team, and owners, on his way it would at least be understandable.  But to paint the guy out as some pill popping degenerate, who can’t even keep his family in order, when he was respectful and classy? It’s caddy.  It’s the kind of hair pulling, childish shenanigans that belong on VHI or Bravo.  Not on a professional baseball team.

A few weeks ago I wrote that I would stand by the Red Sox players despite watching them turn on each other, and choke away the season.  They have been a part of my life for 29 years and are like family. Family doesn’t turn on one another because of a few rough months.  Family doesn’t tell strangers about the embarrassing details that their relationship has made them privy to.

Family stands next to family and takes the firing squad together.

It’s too bad the owners, with all that money, couldn’t afford a dictionary to look up the definition.