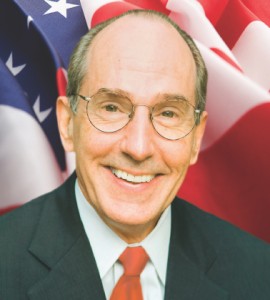 Well, well, well.  Juvenile Heavy Drinker, if I may call you that…otherwise just known as Young Boozer III…what you’re saying is that you were named after your father?   Or you mean your father’s father?  To be exact. Which one of you three is your son, Young Boozer IV, named after? Sweet vanity.  It doesn’t get more American than that.

Of course we want this cracker counting our coins! Don’t be discouraged for missing out Tuesday’s polls. Come the next four years we’re gonna blow up Boozer’s spot hard core. Move over Obama. Preaching that the economy is the reason for the ‘Democrats’ shellacking’. How about your fat lazy cabinet screw-balling and photo-opping. HUH?? Go cry to Oprah.  I digress.

My campaign slogans have only to do with Rookies and Snookie…but Boozer.  With a name like Young Boozer there are endless possibilities.  Officer Boozer?  Doctor Boozer??  Mayor Boozer???  The Republican party just scooped up every single kid with a Four Loko hangover.  [Spades. Don’t get any ideas.]

And think.  My family moved to Upstate NY from Connecticut when I was 8 years old.  But every teacher, guidance counselor, and crossing guard in town assumed I was related to some guy kid named Lucas.  Who ended up being my swim instructor one summer.  But that’s besides the point.

In one sweeping election we’ve got a self-proclaimed drinker (take it to the face, Alabama), and a cranky rent controller.  Who needs efficacy when you’ve got The Penguin?  (no correlation to the up coming Spider-Man musical hitting Broadway [article]).  Let’s face it…after the confetti settles, that agent orange is gonna make him one bad, failed Michael Jackson experiment – too soon?  But at least we know he’s watching out for our budgets.  I want a bobble head.

Also, shout out to Bee for the reader email.  Holler! An inspiration for this follow up…and all too much attention that went straight to my head.  Cuz Bee is definitely on point, 15-minutes of fame indeed.  I just can’t get enough of myself.  Look! It’s a bird! Look! It’s a plane! Look! It’s a twenty-something…blogging by day, and saving the world by night!