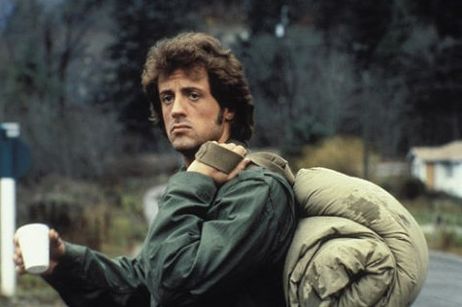 The war was over. NFL players, after years of following orders and carrying out their missions with no regard for their own personal safety, thought that they would be able to come back to the table and be treated fairly. At the very least they would be treated with respect.

Unfortunately, like John Rambo returning from Vietnam and running into Sherriff William Teasle while trying to visit a member of his unit in Hope, Washington, the players were met with insults. Insults that they just couldn’t abide after all that they had been through.

Rambo: You got some place I can eat around here?
Teasle: There’s a diner about thirty miles up the road.
Rambo: Is there a law against me getting something to eat here?
Teasle: Yeah, me.

Rambo is trying to find something to eat. This, much like the player’s request for the owner’s financial statements, and an equal share of the over $9 billion their sacrifices help to generate, is not an unreasonable request. But like the owners, Sherriff Teasle refuses to accommodate, offering Rambo a destination thirty miles away.

The owners feel superior to the players, and feel that because of this superiority they have no reason to oblige the player’s demands. Like Teasle, they feel they are holding all the cards. After all, Teasle is a cop, and the owners are the player’s employers.

When Teasle tells Rambo, “You know, wearing that flag on that jacket, looking the way you do, you’re asking for trouble around here, friend”, he is basically insulting the very thing that Rambo has lived his life defending. It’s the same way the owners are insulting the players, saying their contributions and sacrifices aren’t worth jack and they should just shut up and take what they can get.

After dropping Rambo at the edge of town Teasle says, “If you want some friendly advice, get a haircut and take a bath. You wouldn’t get hassled so much.”

Teasle feels comfortable talking down to Rambo because he has a gun. The same way the owners have a big fat gun in their back pocket, in the form of television contracts that still generate revenue for them regardless of whether there is football played or not next year. They also have built clauses into contracts, anticipating the lockout a few years back. These clauses are the bullets. Just in case the mere presence of a gun isn’t enough to convince the players they are serious.

Rambo couldn’t take this disrespect from a man who had no real authority over him. To a man like John Rambo, a Sherriff in Jerkwater USA is not someone to be feared, or insulted by. The violent outburst that follows lands him in jail, where he is embarrassed and hosed off like an animal at the zoo. This, much like the owners scoffing at the players demands, is the final straw.

Had the owners been forthright with the players, agreed to sit down like equals and hash out a new deal in the interest of avoiding a lockout, the players wouldn’t have been forced to break out of the jail that the owners opting out of the collective bargaining agreement put them in.  Instead, like Rambo, they sought refuge in the unknown of a nearby forest to figure out their next move.

Rambo knew how to defend himself in the woods, and it seems that the players are just as adept at fashioning makeshift weapons and launching public relations attacks at the owners and whoever they bring with them.

The first, and most simple of these came from men like Drew Brees and Kevin Mawae. .

“I think it was all a show, with no real intent to get a deal done, other than just to say they made a proposal — that was no different than anything else that they proposed over the last couple years, couple months, couple weeks.”

That was Brees’ response to the owner’s final proposal. Mawae accused the owners of spreading “complete falsehoods and complete lies.”

Now, as they grow more comfortable with their surroundings, the player’s attacks are becoming more sophisticated. They have announced plans to have top NFL prospects boycott the draft, even going as far as to suggest they might whore the players out to other networks on draft night in order to teach the league a lesson. 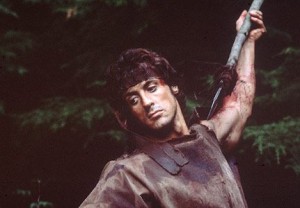 Rambo knew how to exploit his enemies’ weaknesses, relying on his experience in the jungles of Vietnam to keep the Sherriff on the move, out of his comfort zone. It seems the players are utilizing similar tactics. The owners wouldn’t expect the top prospects to skip the most important night of their young lives to prove a point. But it appears that is what will happen, and it has the league higher ups scrambling for cover.

Rambo tells his former commanding officer Col. Trautman “There wouldn’t be no trouble except for that king-shit cop! All I wanted was something to eat. But the man kept pushing Sir.”


Trautman who, like NFL fans, knows both sides of the conflict and just wants it to end without further bloodshed, tells Rambo “Well you did some pushing on your own John.”  This too echoes the fan’s feelings.  I am on the player’s side, but I don’t feel 100% sorry for these millionaires who get paid to play a game.

Trautman, again trying to find a solution that both parties might not like, but that will result in an end to the standoff, says “Look Johnny, let me come in and get you the hell out of there!” This echoes many fans sentiments that the players should give in. They have the most to lose if the lockout continues and many players can’t afford not to play. The owners are sitting in their cushy luxury boxes and could stand to lose a year’s worth of income.

Sherriff Teasle made the mistake of insulting, and underestimating John Rambo. It cost him dearly. The league is making the same mistake in underestimating the players. The Players are united on this, as is evident by the antitrust suits filed by Tom Brady, Peyton Manning, and a handful of other players.  They seem to be saying to the owners what Rambo says to Sherriff Teasle. 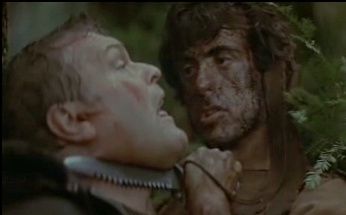 For their sake, I hope they let it go sooner rather than later.