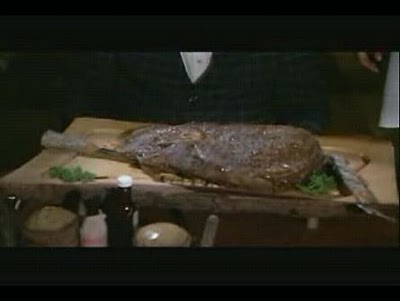 I haven’t posted anything on here this week for two reasons.  One was a weekend trip to South Carolina where my hotel didn’t have internet the last two nights.  The other?

I didn’t know what to say about the Red Sox.

I’m a sports fan and would rather watch football than baseball, but if I was told only one Massachusetts team was going to win a championship for the rest of my life, I would vote for the Red Sox without hesitation.

Over the last week, the team I love has tied me up in knots in a way that I haven’t felt since 03 and 04.

They had choked away a lead that, at the start of September, seemed like the old 96er, and the Rays were John Candy. They were going to give it their best shot, but in the end there would be too much food.  The chef, like most Red Sox fans post 2004, smiled smugly, knowing that it was an impossible feat.

No one had ever eaten the whole thing before.

But there the Rays sat.  Smiling.  Slowly cutting away piece, after medium rare piece.  Giving it their best shot. 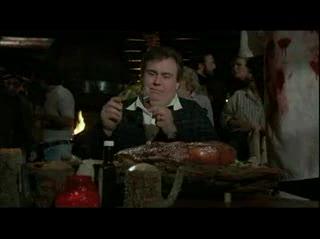 The closer they got, the more plate that became exposed, the more I struggled with how to react.

Should I blast the team for folding? Cursing the players for inexplicably forgetting that they were supposed to win.

Should I be positive? Wringing my hands patiently, while I explained that we still had a lead.

Should I panic? Treating every pitch like it was armageddon.

In the end I chose to do nothing.  I was going to wait.  The Red Sox have been there each of the 10,860 days of my life, and I owed them a little patience.  Besides, there was still some meat left on the plate, and the schedule favored the Sox.

Deep inside I think I was almost thankful for the meltdown.  Every Boston fan has been riding high on the hog for the better part of the last decade, and like most, I expected us to win.

The closer the Rays got, the more I remembered how much I cared.

Before 2004, I fought the wars with the team.  If I had to chop off a leg, and tie it off with a bamboo shoot to limp to battle, I would have.  They were my team, my family, and I wouldn’t have been able to forgive myself if I wasn’t there.

After 2004, they became lots of people’s team.  The bandwagon effect has been documented, re-documented, and over-documented to death, so I won’t go into it any further.

But think about this;

Think about one thing that truly belongs to you.  Maybe it’s a band that you heard before anyone else.  A band that you listened to alone in your college dorm room, feeling the emotion of every chord.  A band that no one, not your friends, not your family, not even your roommate, could ever understand the way that you do.

Maybe it’s a bar that sheltered you during the shit storm of your 20’s.  Or a restaurant that only you knew about, where you would sneak off to when no one was around.

They say that all good things are meant to be shared.  Ask anyone who has ever felt any of those things I’ve described above, and they will tell you about the beauty of something that is yours.  And yours alone.

Sure the Red Sox belonged to lots of people before 2004, but no one had the same connection as the person next to them.

No one else sat in a gas station in West Virginia the night before their brother’s wedding in 2003, bribing the attendant to let him watch the game, because he couldn’t take just hearing it on the radio.

No one laid on my couch with me as I tossed a baseball against the roof that week in October of 2004.

No one loved the Red Sox the exact same way that I did, and that made them mine.

Once they beat the Yankees, and steamrolled the Cardinals in the World Series, they became everyone’s.

Everyone had a Red Sox story and for a while, the ghosts of Red Sox past disappeared.  In the seven years that followed the Sox became one of the most hated team’s in sports, and their fans (me included) did little to sway the court of public opinion.

Winning in 2004, and again in 2007, turned us into the Yankees.  A bunch of loud mouth front runners who expected our team to make the playoffs year in and year out.  In 2006, after getting swept out of the playoffs in 2005, the Red Sox were decimated by injuries and finished in third place in the AL East.  I was working in a Sox bar in Manhattan at the time, and couldn’t believe the lack of people who came out to watch the games in September.

Fans who once grumbled into their drinks for all nine innings of a 12-0 game, had abandoned their team because they weren’t winning.

Could anyone, whether Boston fan or hater, imagine that happening before 2004?

In 2004 the Red Sox signed a major label deal, and got a four star review.  Suddenly the die-hards were die-sort of hards, and that left no one to root for a team, just because it was their team, when things went to pot.

When four friends come running into your room with brand new copies of a CD that you’ve had to replace three times because  it’s been worn out, wouldn’t you look at it differently?  Wouldn’t you feel somehow betrayed?  Even though you still love the band, and the music, that fragile bond would be broken.

The same feelings would arise if you tried to sneak off to ‘your’ restaurant, only to find a big neon sign and a line around the corner. 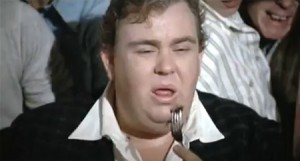 That brings us to tonight.

As the Rays were chewing on their last piece of steak, I remembered how much I once cared.  Sitting in my room, pacing back and forth, the Red Sox were mine again.  As the Rays went down 7-0, I gleaned hope from the gristle and fat still scattered around the plate.  There was no way they could finish.

Even as the Red Sox squandered countless opportunities in Baltimore, I felt like the chef.  There’s no way the Rays can finish.  It’s too much food.

Well the Rays did finish.  And even managed to get a dessert down, so now there will be hats and t-shirts for all the kids. 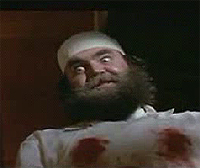 As for the Red Sox, they are like that chef.  Supremely confident that they had done enough to win simply by slapping a piece of meat down on a plate.  Now they have nothing.

Everyone’s Red Sox came back from three games down against the Yankees, defying history on their way to the team’s first World Series in eighty six years.

Tonight I found myself living and dying with the Red Sox with the same manic passion that I had before 2004.

They will probably go down as the biggest choke artists in the history of the sport, and as much as it hurts, as much as I’d like to turn on each and every last mother fucking one of them, I will suffer in silence.

Because losers or not, they are my team.

And they will be next year, and every year after that, even if they never win again.